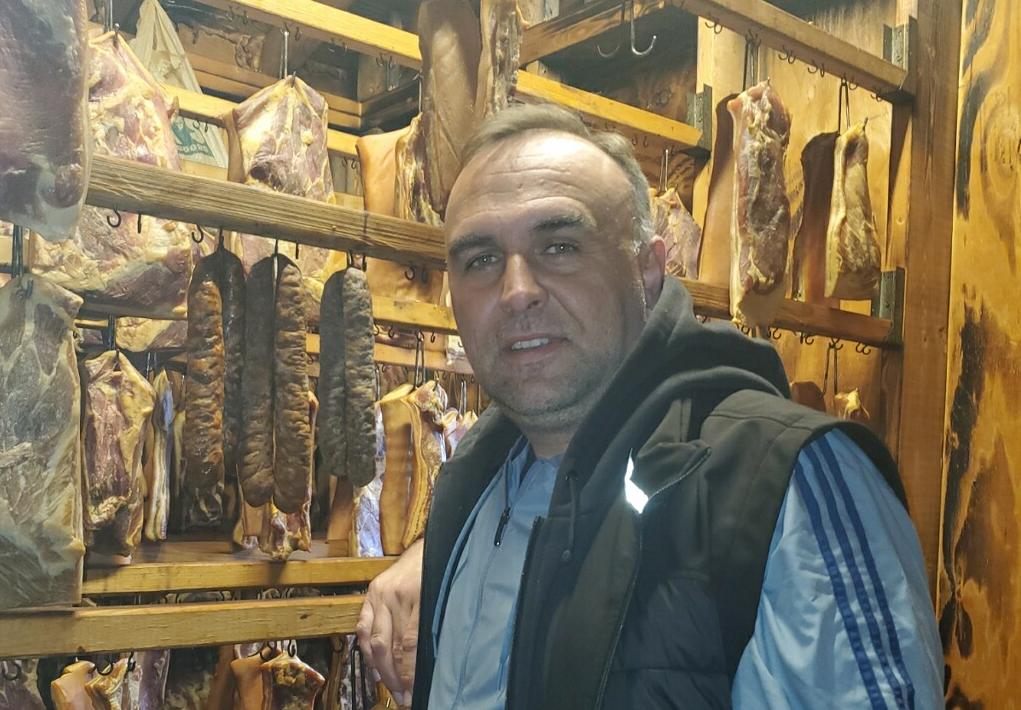 SAUSAGES WAFTING THROUGH CHICAGO: Marko quit the trucking business to carry on his grandfather’s tradition in far-away America!

They say that the smells and tastes that a person picks up and absorbs in their early youth forever determine their preferences, as well as their character. Marko Dulkanović (44) was born and raised in Bor, and he spent his early youth with his grandfather Čeda, a prominent town innkeeper and gourmet.

The menu of Grampa Čeda’s taverns was known to spotlight home-made sausages of various kinds, and Marko was in charge of the tasting. Marko would just point his finger and lick it, and his grandfather would set the sausage down to the table for the guests.

Years went by — even decades — Grandpa Čeda had long gone to a better place, and Bor’s old taverns and inns have been replaced by modern-day cafes. Fate brought the hero of our story far from Eastern Serbia, all the way to Chicago, where he settled and started a family with three kids. In search of a job that would pay off best, Marko — like many others from our region — ended up driving trucks.  Business was good, and so was money. But all these years one thought kept running through his head — how to pick up where his grandfather left off.

And then one day he took a chance and started collecting his grandfather’s and old masters’ recipes. He started digging around the mythology around sausages and experimented with mixing meat and spices until his palate recognized those good old flavors… The flavors from his grandpa’s kitchen.

However, for the story to be complete, let’s take it back a bit…

– My family Dulkan was the first to settle in the present area of ​​Bor in the second half of the 19th century. Even today, a hill bears our name — Čoka Dulkan (Dulkan Hill). When gold and copper were discovered at the beginning of the 20th century, they drove us out and later used the location to build and install the Bor Mining and Casting Basin, which has now been sold to its Chinese owners. I used to practice swimming as a kid, and I won a few medals. At the Pioneer Scouts Festival of SFR Yugoslavia in 1989, my team won first place and became the then-big state’s champion. Still, the thing I loved most apart from my grandfather’s tavern was soccer. I was part of the best junior team that Bor has ever had. Our biggest success was making it to the finale of the Serbian Cup against Partizan. We lost the game. At the time, Isailović, Ćirić, and Nađ were Partizan’s first-team players. Ivica Dragutinović was on my team, he later went on to become a long-standing Serbian national team player and Sevilla stopper, Marko Dulkanović looks back on his youth for the Serbian Times.

His mother Dragica, a native of the Kosovo and Metohija town of Zvečan, once visited Bor on a week-long trip, fell in love — and as it often happens in life — she stayed there to live.

– And life was good at that time. My father was the leader of the MCB Bor’s trade union for eight years, and the leader of the Serbian Non-Ferrous Metals Trade Union for another eight.
After opening and closing down countless taverns, Grandpa Čedomir eventually retired, and after some time moved on to a better place… However, the family continued to nurture the innkeeping spirit, the tradition of guests constantly passing through the house, being welcomed with open arms and first-rate meals prepared using good old recipes. That spirit stayed with me even when I set off across the ocean.

Marko says that he never even thought about leaving Serbia, believing the adage, “Bloom where God plants you.” And then in 2002 everything changed in mere moments…

– My cousin called me on the phone and changed my mind about everything in an hour and a half, including about the US and our future. On June 17, 2003, my two cousins Aleksandar and Petar and myself landed on US soil. We moved around the East Coast for several months, working as lifeguards at swimming pools during the day, and arranging products on store shelves at night. In the fall of that year, we came to Chicago, where we came across a handful of my fellow Borans. Among them, I met my now wife, who turned out to had lived in the same building as me when we were children. I worked as a construction worker for several years, and when my wife became pregnant, I started driving trucks. I am not someone who likes to sit in one place and be alone, but I had to provide for my family. Everything was going as it should. We had three children — Milica, Lazar and Natalija.

Marko adds that he changed a number companies and that the money was good, but as the years went by, he started to feel a growing pull of the desire to return his old passion — food. More specifically, sausages.

– I had already started studying the sausage business in 2010. Three years later, everything was ready to start production and sales, but I gave up at the last minute and launched a trucking company. I ran the business with my partners for a few more years, but when you don’t like or enjoy your work — that’s not it. I left the business and went back to leisure time and sausages. It took me three years to find the best recipes and come up with the company’s business model. Some recipes I got from different people, while others I paid for. I had a lot of help from Uncle Pera, an experienced food technologist who spent his entire working life at the famous Carnex.

My goal was to keep the quality and the most natural way of processing and ripening meat, with just enough spices so as to accentuate the best in the meat. At the same time, I tried to keep up with the Chicago multiethnic community and make something for true foodies. Eventually I came up with something that is different from the original recipes but balanced so that both the ethnic and international markets like it, Marko notes.

Inspired by studying the mythology of sausages and meat through researching traditional recipes, he came up with a special name for the project — MEATOLOGY LLC!

– It’s a play on words that should convey that this is about something heavenly and above average. In matters of taste, there can be no disputes, but my smoked grill sausages are really of the highest quality — they contain nothing more than meat and spices. I started out with three recipes. Three is a lucky number, the holy trinity, I have three children, and I grew up in a family of three… So everything fell into place.

According to USDA standards, the sausages are certified as an ALL NATURAL product. All three recipes are authentic and come from our region, with some spices that add a Chigaco feel. The testing exceeded expectations so we recently started trial sales as well. You can try Pork Beef Pirot`s Sausage, and Beef Bazzar`s sausages at Crepe Avenue, on Highway 294, in Thornton, IL. They showed support for my quality food concept, and my sausages complemented the menu listing their famous cakes, pies, and pastries. Our people love and buy pork sausage, but so do also Americans, Romanians, Moldovans, Russians, Ukrainians, Bulgarians, Hungarians, and Mexicans. In addition to our people and Americans, beef sausage is popular with Algerians, Iranians, and Somalis, while many truckers have already adopted them as their favorite meals, Marko says proudly.

At the end of our conversation, he notes that he has no ambition to conquer America with his sausages. Instead, he wants to grow a steady business and continue the family tradition…

– I don’t know about others, but I feel a pride of sorts when I see that people of other ethnicities like our food. Especially when they’re true foodies who really appreciate quality in their foodstuffs. Hopefully I will soon find an investor to help me fully finance the project. But I’m in no hurry, because haste makes waste, and still water runs deep, Marko Dulkanović concludes his story with the folk wisdom and invites potential investors to contact him at meatologyllc@gmail.com.

THE THREE SAUSAGES: PART OF A STORIED HISTORY

Butcher Pišta Kiš, a descendant of butchers and sausage makers, came to live in Bor (Serbia) in 1927. At the time, the mining town was welcoming people of different nationalities, creeds, and traditions who — together with its natives — helped the town prosper. At the time when Pišta was making sausages, Marko’s grandfather Čeda was feeding Bor’s butchers’ products to his taverns’ patrons, who referred to them as Dulkan’s. Pišta’s culinary legacy was continued by his grandson Stevan Kiš, who is still making meat products for Borans using his grandfather’s recipes.

The main ingredients of Pork Pišta’s Sausage come from the Kiš family. It is made with pork shoulder and fatback, packed in all-natural lamb casings, colored in the shades of Chicago’s cultural heritage.

The history of Pirot and its surroundings stretches back to before the Roman Empire. The region itself is enclosed by mountains and nature, streaked with rivers, abundant in old buildings, and houses of worship; it’s known for handwoven rugs, as well as a variety of gourmet foods. The flavor of the recipe, a Krstić family original, comes from dried garlic — a traditional spice added to many of Pirot’s dishes and recipes.

Pork Beef Pirot`s Sausage is made with pork shoulder, beef chuck roll, and fatback stuffed into lamb casings, and its balance comes from the wind and flavors of Chicago.

Novi Pazar or Novo Trgovište is a melting pot town of myriad cultures, religions, churches, and mosques — boasting as many as 30 cultural sites. It is known for its textile industry, as well as its supreme dishes and specialty foods like pastries, ćevaps, and sujuk sausages.

Beef Bazzar`s sausage is made using a recipe conceived by a local family, with beef chuck roll and fat stuffed into lamb casings, along with Chicago hallmarks from across five continents. 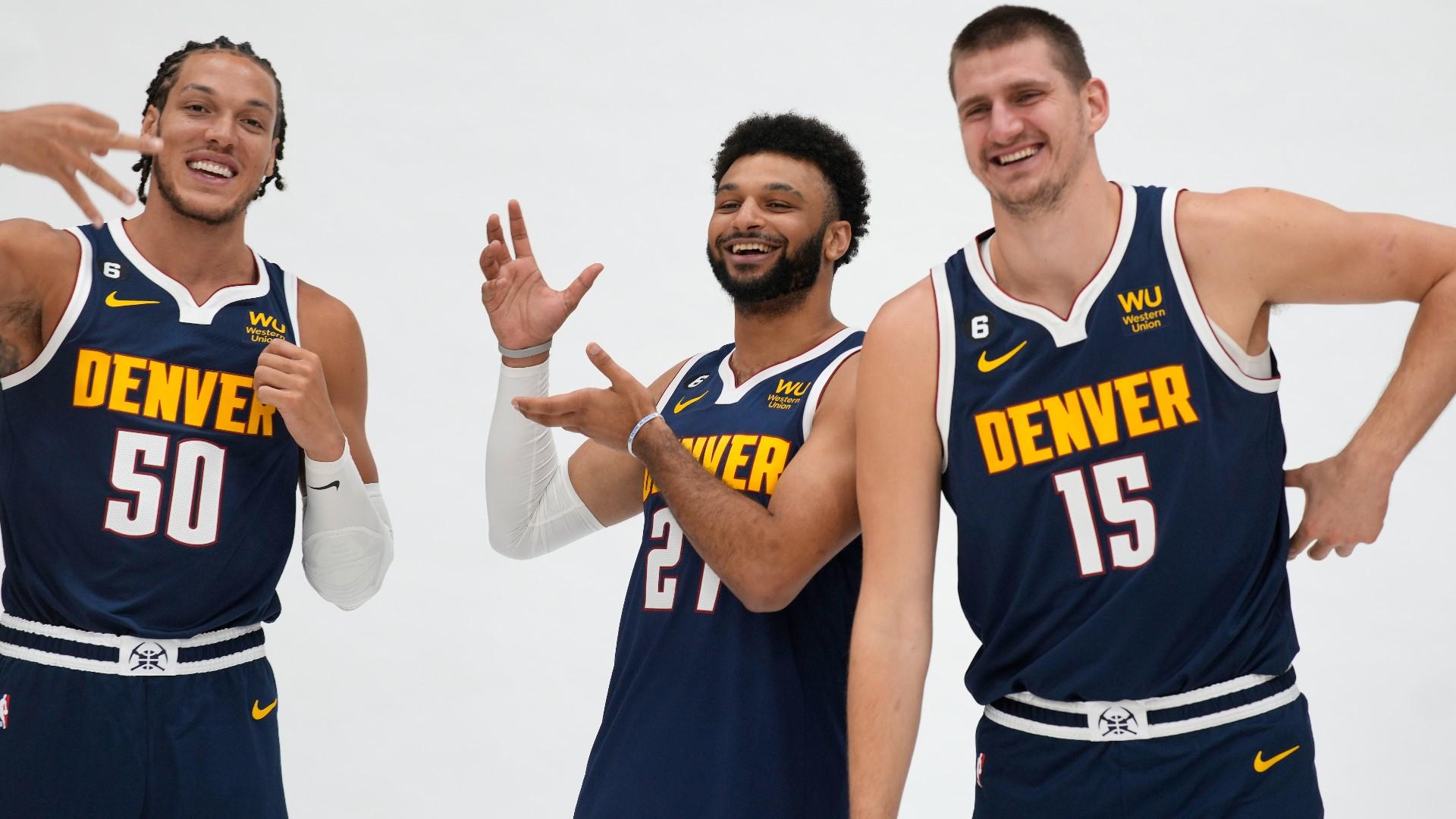 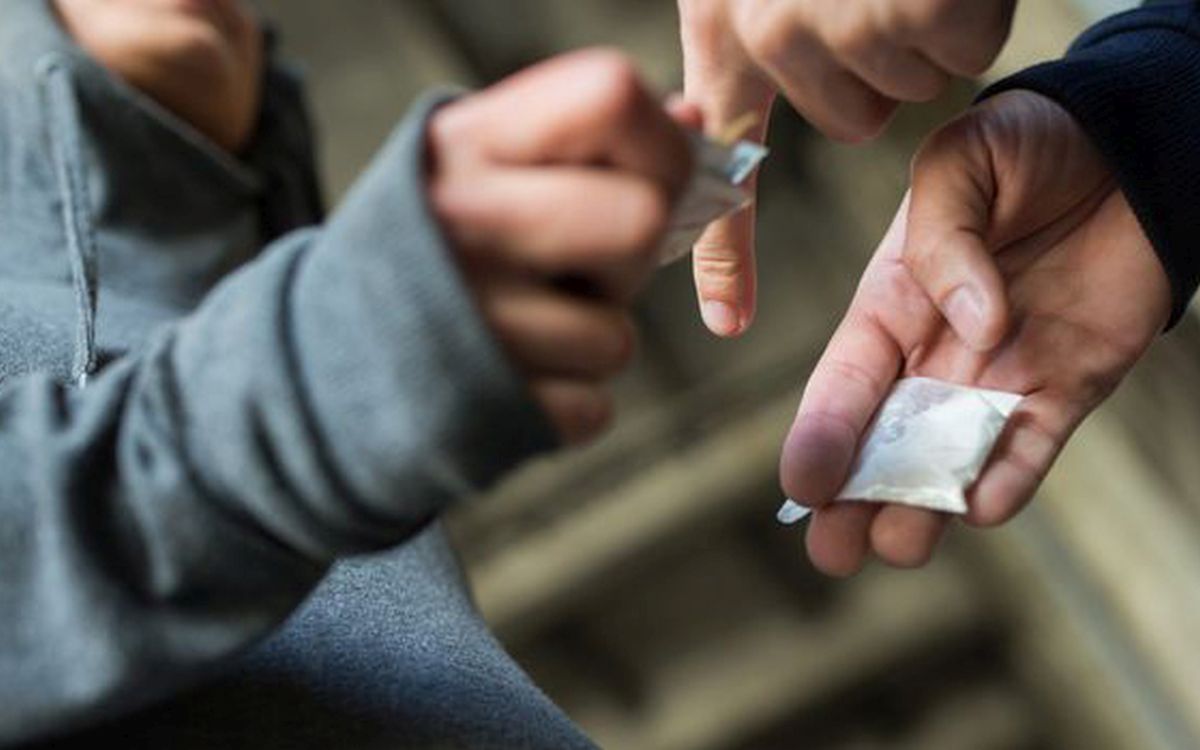 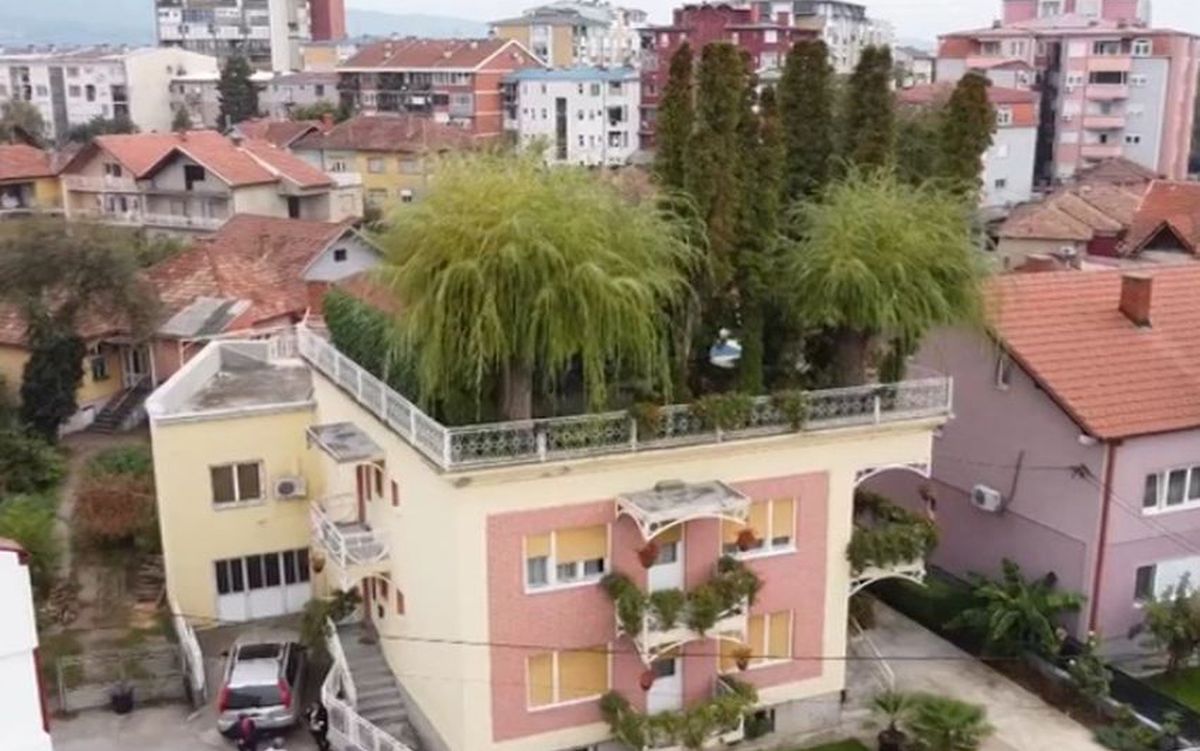 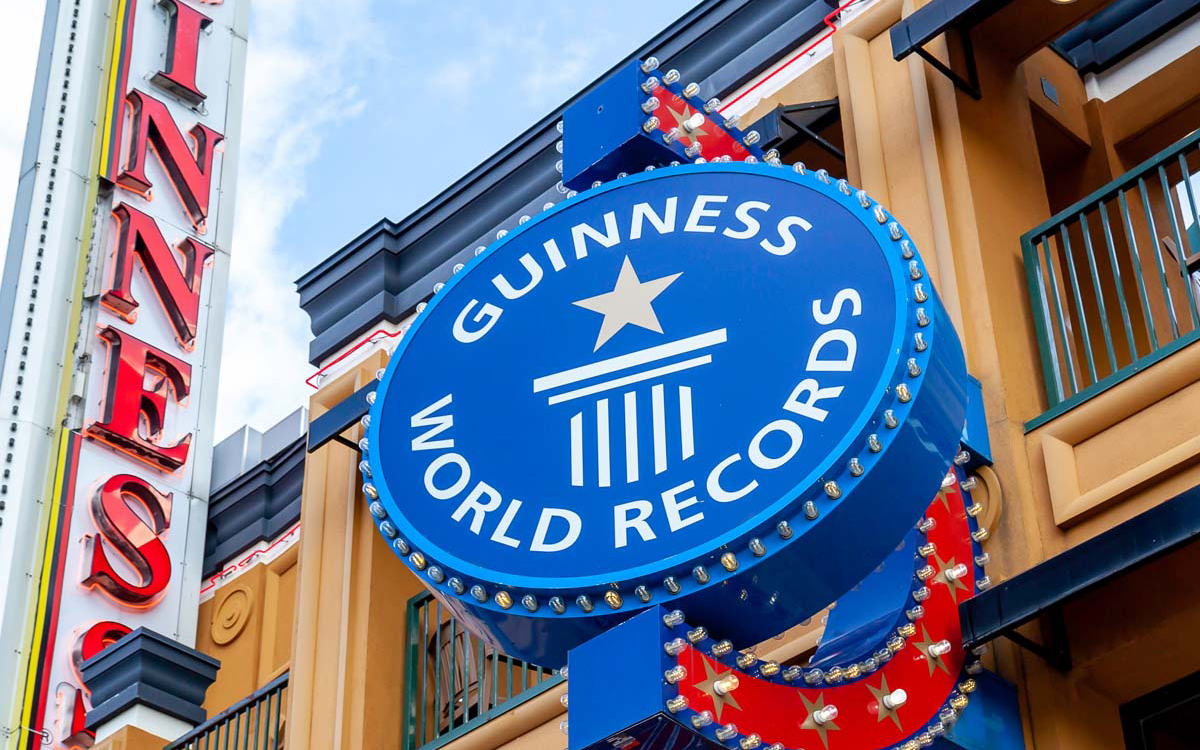 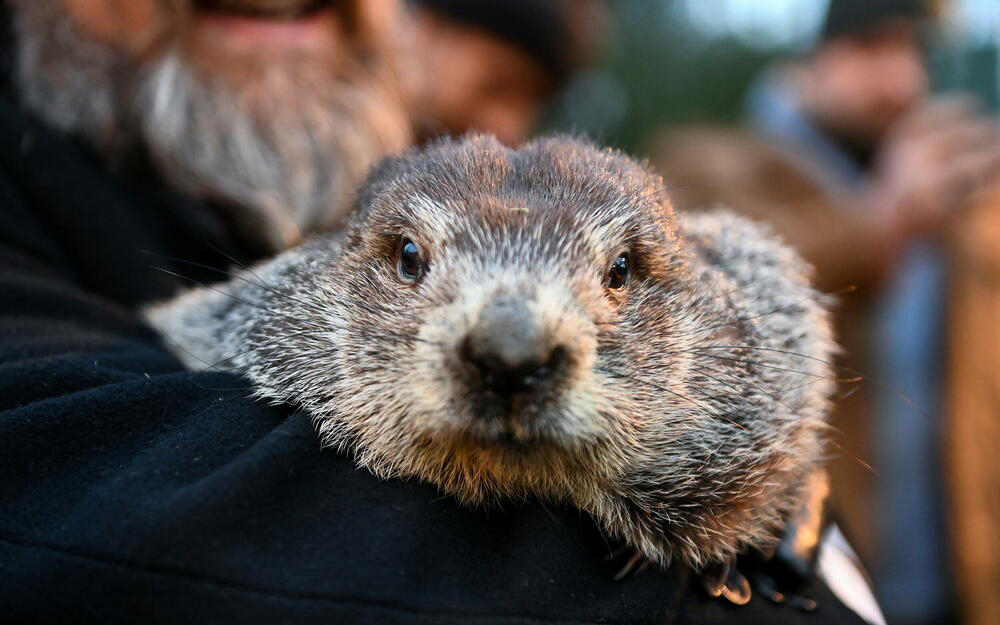 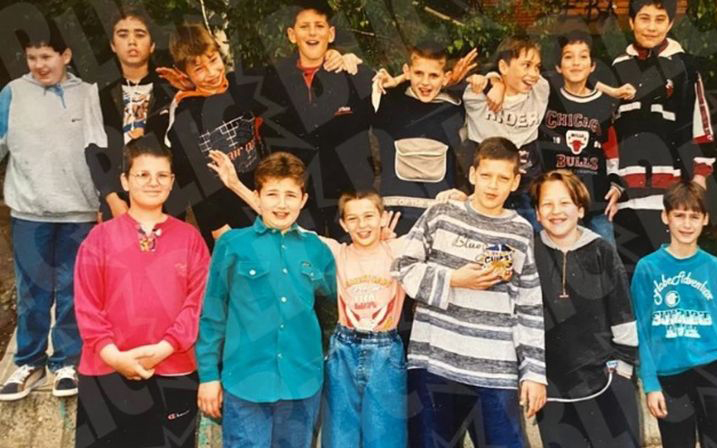 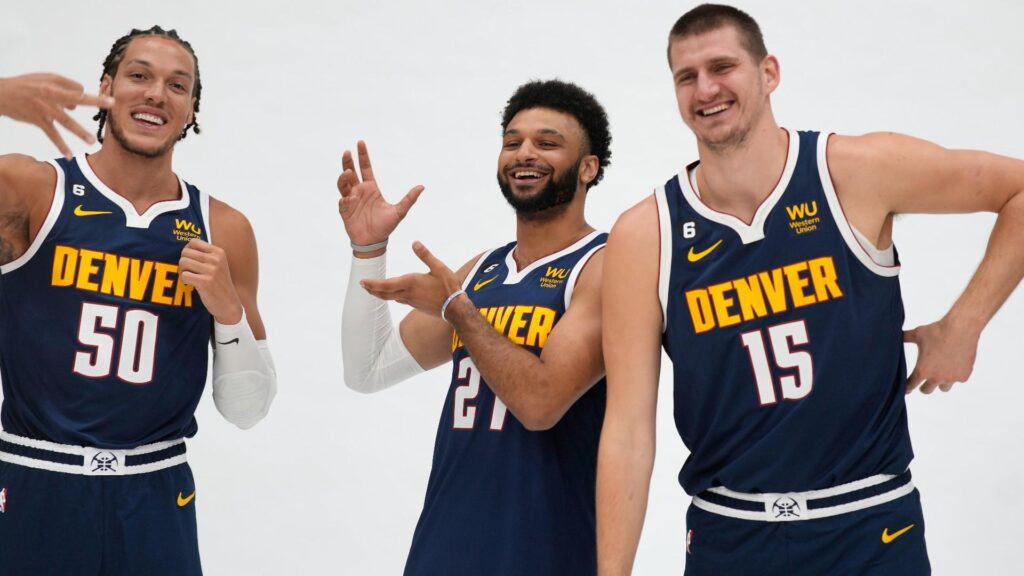 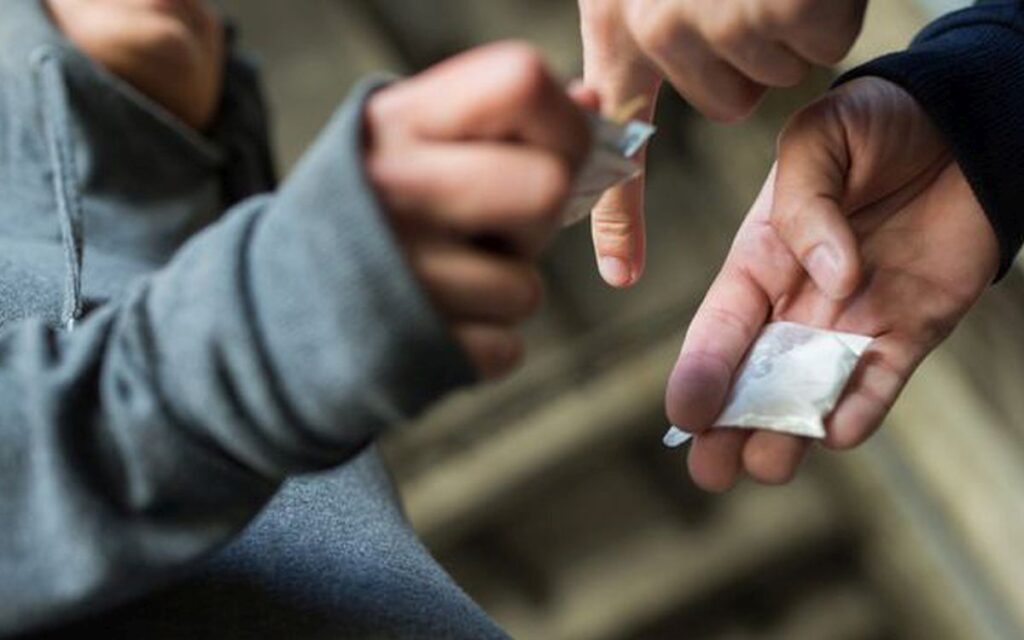 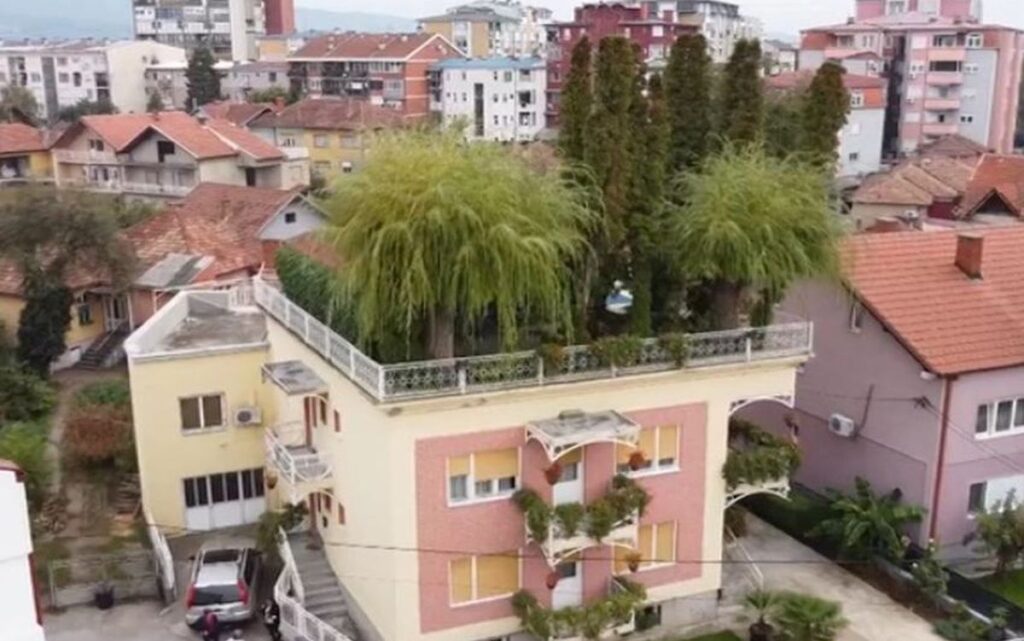 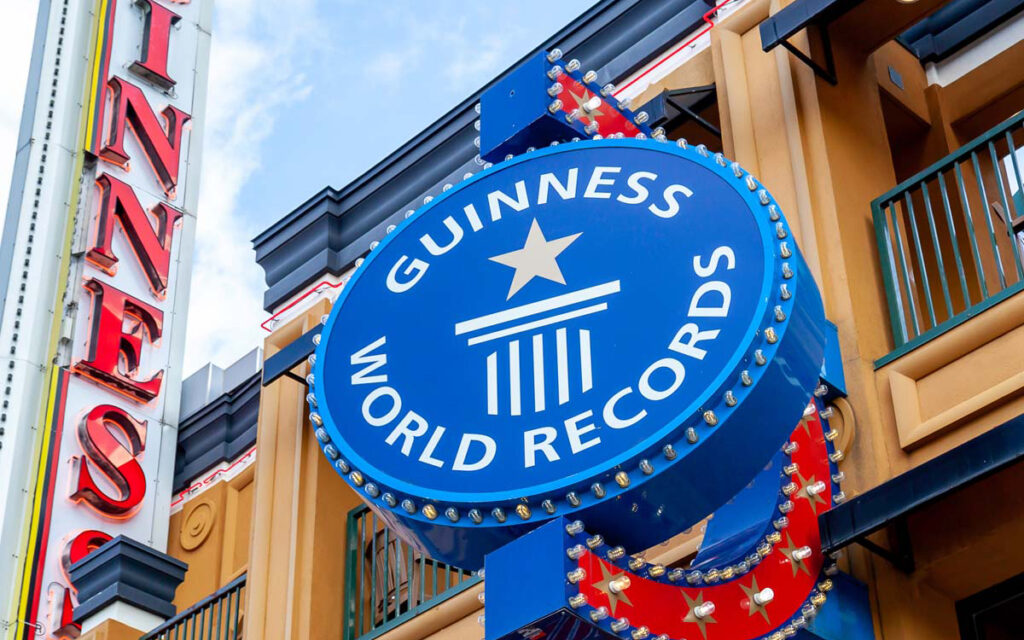 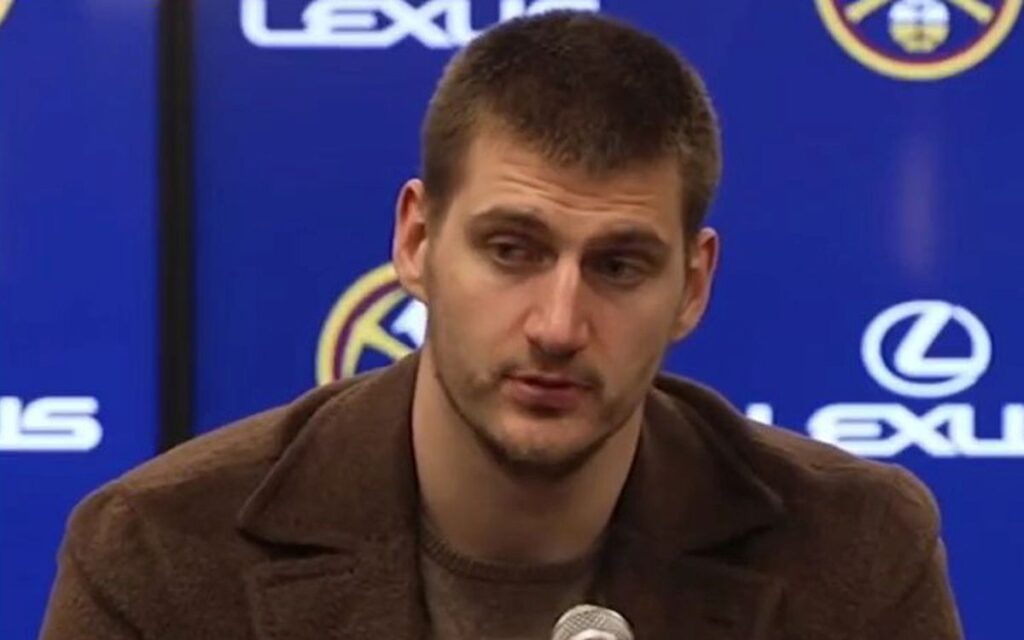 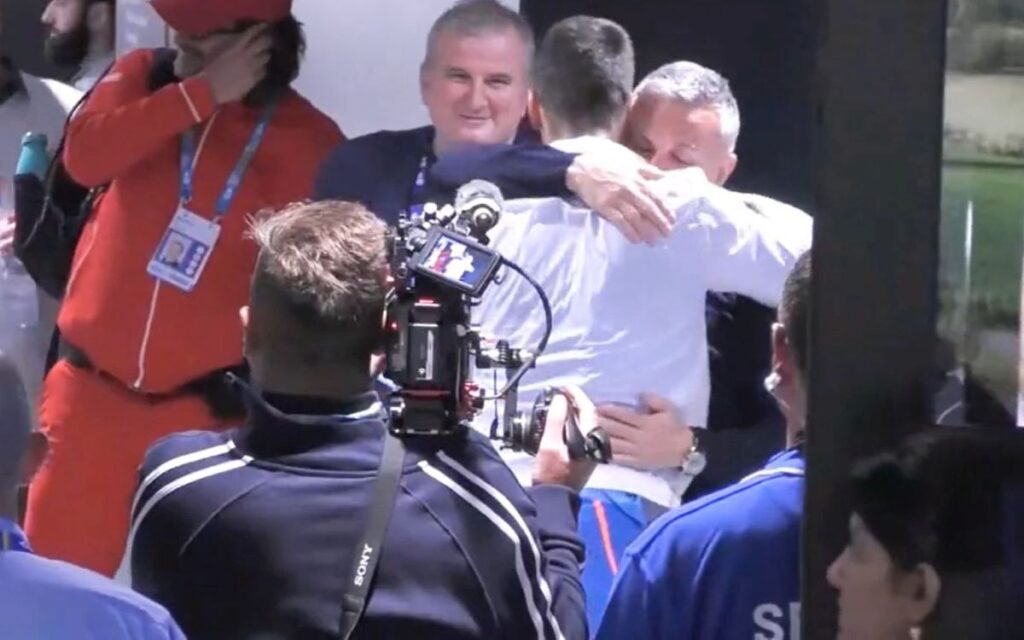 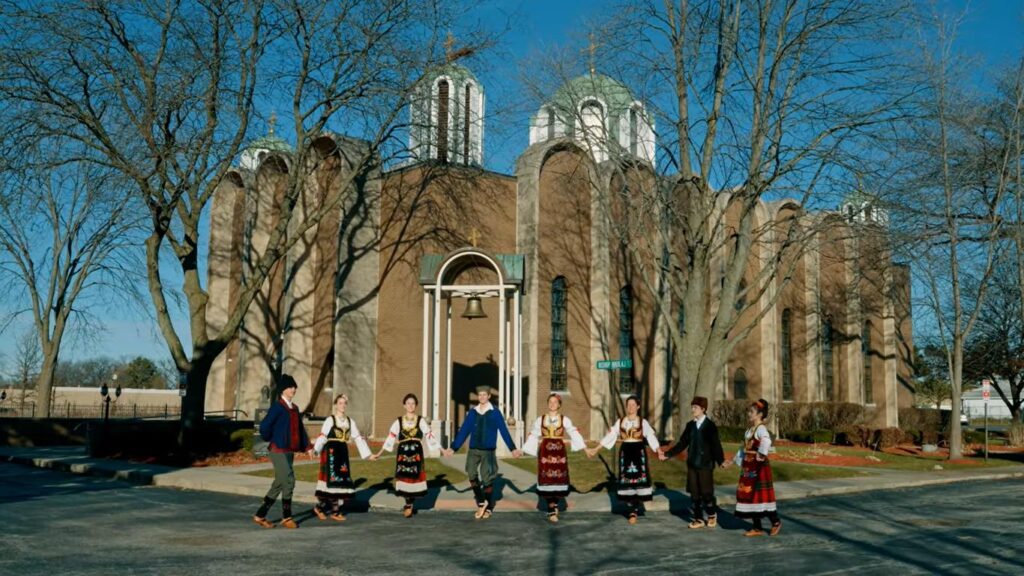 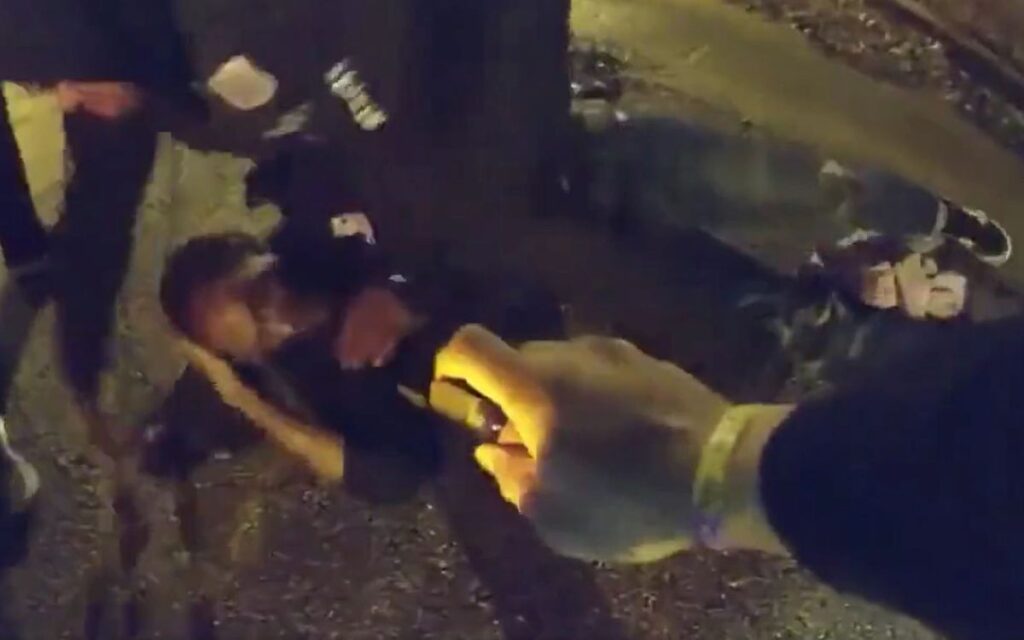 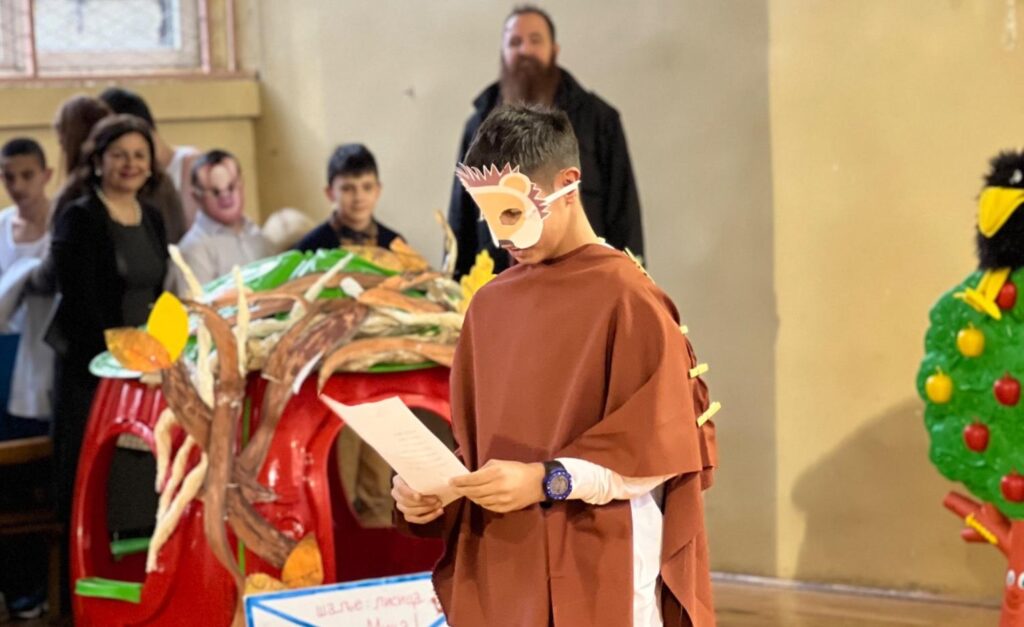 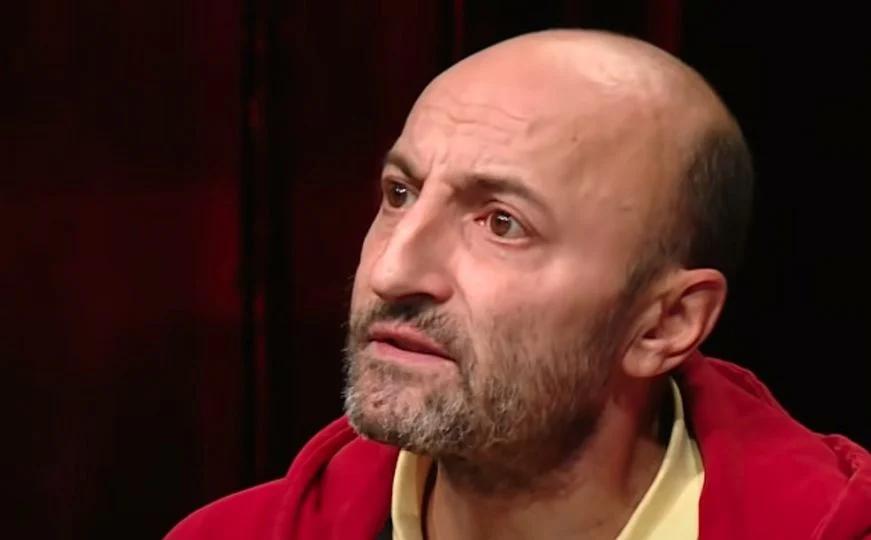