INTERVIEW, BIL GOULD, FAITH NO MORE, PART 2: There are many more things and invisible roads connecting balkans' people, than the ones dividing them.
Advertisement 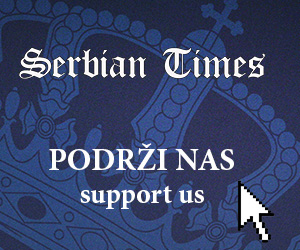 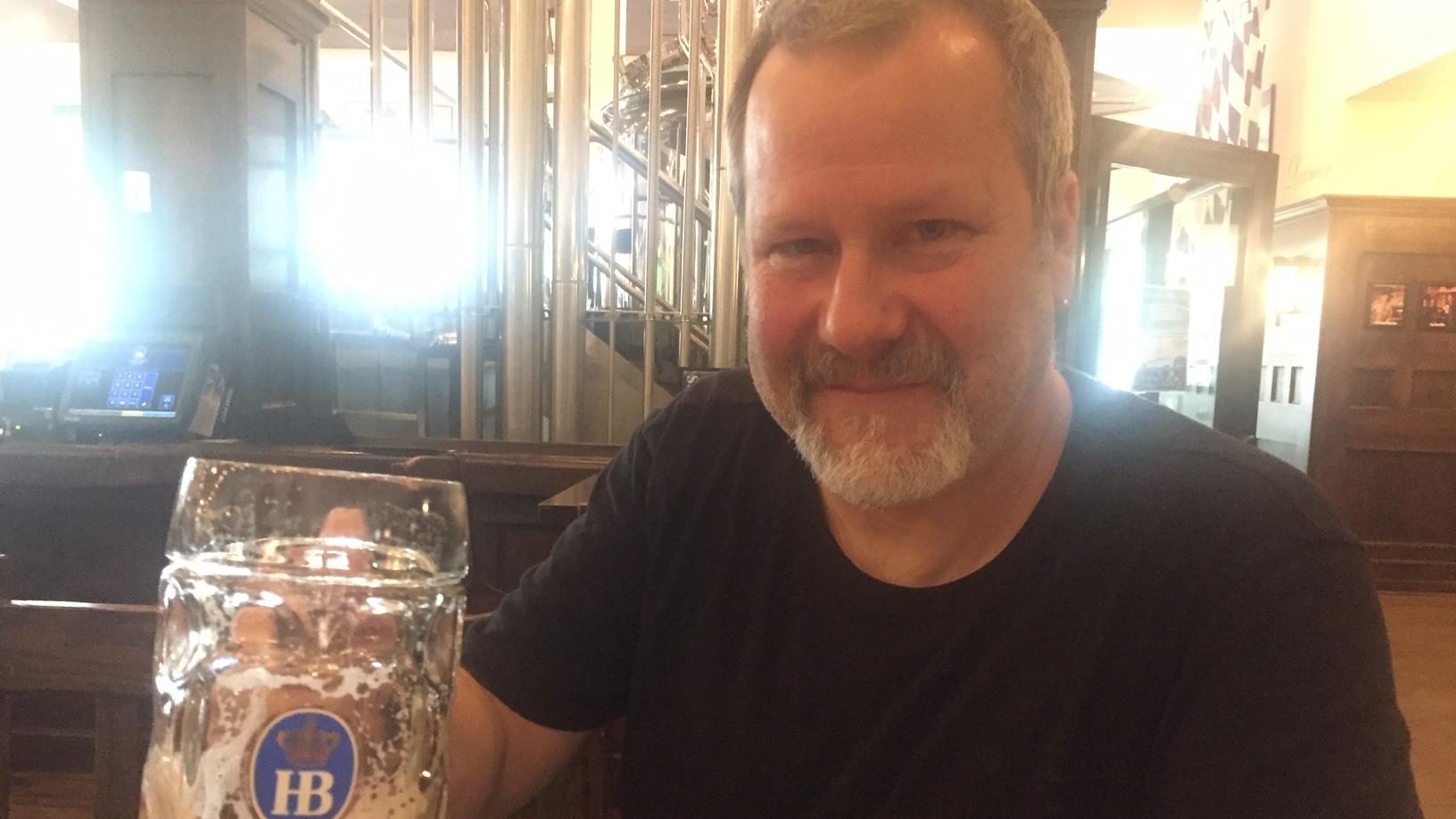 In a second part of the interview with the Rock Star Manufacturer of Serbian Plum Brandy “Yebiga” we had discussion about music, Faith no More band, about how the song “Pristina” came to existence, and how the Serbian Folk song “Ajde Jano” has been included into repertoire, about what connects and separates Balkan’ nations…

Bill Gould is a founder and a base player of Faith no More, one of the biggest World Rock bands in transition from 20th to 21st century, but also the band that during their career has developed especially close relationship with Serbian and Balkan audience.

The fact that Bill has continued visiting Balkan’s countries after the band has stopped playing, speaks loudly about mutual affection and love, where in the mid-time he has acquired many friends.

In the first part of the interview we found out how that “contagion” with Balkans has made Bill the producer of authentic Serbian Šljivovica named –Yebiga, therefore; his ambition of conquering American markets with his Rakya.

In a second part we contemplated about music, Faith no More, songs “Ajde Jano” and “Pristina”, and about that what connects and separates Balkan nations.

We started from what’s currently going on with the band he founded now already long time ago in 1982, and has traveled the long road from Californian Bay Area Alternative Scene to the world tours and the stadium (sport arenas) on all five continents.

-Eventually we made a pause that lasted 11 years (1998-2009, prime out), and then we gathered together again in year 2009, constantly touring untill 2016, and in the mid-time we produced one more album (Sol Inviticus”, in 2015), we were very productive. Then we took a respite, we got very tiered in those 7 years constantly working. Now again we are debating about what could we do next, we are discussing our future.

The essence is in our brutal honesty, we are doing what we love-when we want.  Money has no influence there.  We are good, we are still lead by being real. We need to figure out what we want as a collective, and unanimously stand behind that, everyone has to feel it as their own mission. Sometimes this almost feels impossible.
Obviously this is not a very efficient approach, but I feel that when we do come together the end result is better, and that people can feel that.

– The essence is in our brutal honesty, we are doing what we love-when we want.  Money has no influence there.  We are good, we are still lead by being real. We need to figure out what we want as a collective, and unanimously stand behind that, everyone has to feel it as their own mission. Sometimes this almost feels impossible. Obviously this is not a very efficient approach, but I feel that when we do come together the end result is better, and that people can feel that.

-Yes, but the most of all we are playing with our own nerves (laughter).  It is not easy to bring these very different people to agree on everything. But for the most part our fans realize this and respect it. And the best thing we can do is live up to this respect by holding ourselves to a high standard.

What are you doing when you not doing music? What else are you preoccupied with besides brewing Serbian Rakija?

-I own a music studio where people play, rehearsing, and that’s where the last Fait no More album was recorded.  Seven months ago we had a big flood, currently the studio is soaked and I had to move, and I took it with a lots of remorse. Also, I have my own label, publishing house “Koolarrow”, which is mostly dedicated to discovering young talented bands, and publishing their albums.

American scene is monotonous, that’s why I am searching for interesting bands all over the world.  In my label production house is one Bosnian band “Dubioza Collective”, but also one band from Seattle WA “Culture Shock” founded by a Bosnian guy from Sarajevo-Srdzan Jevdzevic”. They are very good people and excellent musicians, I love listening their songs.

So you trying to find some new stars from the famous Bay Area, that gave us great bands such are Grateful Dead, Jefferson Airplane, Creedence, Santana, all the way up to Primus, Dead Kennedys, and Faith no More….?

-No, actually I am more oriented towards foreign bands production, there is already enough attention, too much in my opinion, on American music to the detriment of everything else. .  I have excellent band from Chile “Como Asesinar a Felipes“, than Russian band “UsssY”, and also the bands you are already familiar with, Bosnian “Dubioza kolektiv”, and Seattle band “Kultur Shock” lead by Bosnian man from Sarajevo, Srdjan Jevdevic (better known from the ex -YU music scene AKA Djino Banana). They are really great people and musicians, and I am trying to open American markets for them, because their music deserves that.

How did you found Balkan bands?

-I heard their music on our trips, finally I got to know them and I was delighted. It’s something I feel a natural connection with, and I really love listening that music. In regards to Dubioza, our cooperation begun with my house publishing their fifth album “Wild Wild East”after what we worked hard to break them through American and European markets.  Followed by other two albums “Apsurdistan” and “Happy Machine”. We talk about some type of creative collaboration— I did a remix for them once– , but the problem is they are always on the road traveling, and we are very far from each other, I am hoping for an American tour soon…

Have you lately heard some good band on Serbian Rock’n’Roll scene?

-Pertibreakers, Old School in a good way, Pekinska Patka, Direktori.    I have heard many of them that are really good, but I can’t remember all those names at this moment.

With Faith no More you visited Serbia two times, once at EXIT FESTIVAL and once on Usce Belgrade.  What else has stayed with you in your memory, of course-except Rakiya….?

-It is hard not to remember rakiya, she was was always around us….I liked Novi. Sad the atmosphere was amazing. Had some great burek there. Also Belgrade, Belgrade Calling Festival, but we were in real chaos at time, already next day we performed in town Perm-in Russian Sibiria.We have literally left the stage running to board the plane, one then another, so that we would make it on time.  So that second concert really didn’t stuck in my memory, because we had no time for pleasure.

From Serbia to Siberia, Americans mostly are confusing these two terms…..

-Maybe our agent at that time has mixed up those two things, and that’s why we booked two concerts in two days(laughter). Interestingly enough at that time on Siberian scene we were welcomed by sound generators from The Second World War, they were so powerful producing extremely loud sound, as loud as the stage volume. That was an incredible experience….

At a Belgrade and Novi Sad scene you played our folk song “Ajde Jano”. How come, where did you hear that, and how did you decide to place her on repertoire.

-That is a song I have heard long time ago, and I liked it a lot, that tact, the melody. But, first time I took a deeper appreciation of the song was in year 2001 in studio while mixing the version of the “Kultur Shock” band.  I didn’t know the language, but Djino and Val the band guys explained to me why it is such an iconic song.  With regards to that we were finally getting ready to play in Serbia for the first time, it seemed as a good timing to use the few days of rehearsals to learn to play it, and establish more profound communication, connection and respect with our Serbian audience, than one that would not have been done with classical Rock cliche.   Balkans should really be proud of it’s music, there are many more great, timeless hits.

One more of your songs from edition “Album of The Year” has caused a lot of controversy at Balkans. Where from “Pristina”, how did you come up with that…!

-At the end of 1995 tour in Germany, my friend Eric and I rented a car, some old East German “Trabant”, the worst car of all time, and we headed south, to Balkans, area with a still lasting war. First we arrived to Belgrade, then we continued towards Pristina, eventually all the way to Albania. Those were very tense times. Tanks were on the streets, police check points everywhere searching people, amongst everything also us in “Trabant”. We got out, and opened our suitcases….. At that time no one in America knew what was happening there, American press didn’t write about that.  I was under impression that everything is going to explode every second, I could feel it in the air.  That place left an deep impression on me, and the song is memorabilia of those days, and what we have seen and experienced.

Have you visited Pristina ever again?

-Yes, that was completely different situation. But, I can’t say that I spent enough time there to be able to accurately comment about current situation over there, or what’s happening..  In Kosovo and Albania I have friends, Serbians and Albanians. I never played in Pristina, but I did once in Mitrovica, in northern part, in a local place named “Black Lady Club”

How much do you know about history of those lands, concretely about Kosovo?

-I know a lot, but I didn’t grove up with that, like Serbs and Albanians did.  That is one very complex situation very hard to comprehend, if one haven’t lived there, regardless of how much one may have read in media and literature. But I try to learn as much as I can.

You traveled entire ex Yougoslavia, you met many people, of all nations and religions… As a foreigner, an American how many mutual characteristics, and how many differential that separate them.

-I noticed differences, politically and religiously motivated to cause a division, and separation. But, I see Balkan people having more similarities than differences, from my perspective. I have noticed many more things that are mutual, in character, mentality, as well as in music. In the end, everyone over there drinks very similar rakija, as if the recipe was long time ago passed down by the same man. Whenever I visit that place, I get indescribable wish to see them all together. That is all I can say about people of Balkans.